A downloadable game for Windows

--NEED A WALKTHROUGH? LOOK AT BOTTOM OF POST FOR FULL SOLUTIONS--

*( There was a song I grabbed randomly as a placeholder from Newgrounds, was meant to be changed, sorry I don't remember the artist name and cannot remove/change the music selection. It's the song you hear in the streets at the start of the game )

Sound effects from "Freesoundproject", the following contributors are responsible for the sources used:

Special thanks to the following people who would have received a free copy of the finished game pending it had made it to retail completion:

Voice actors either featured in the game or in the audio meant for it, but was cut:

Many people assume because it's a demo, that there aren't solutions to the puzzles. The game CAN BE BEATEN without using F1 to cheat and SWITCH FORMS. If you have trouble working out the solutions, follow these steps here

Option A: Drop the STEAK IN THE DOG BOWL. When the Dog TURNS TO SNIFF IT, CLICK IT'S BALLS TO CRUNCH DOWN ON THEM AND CHASE IT IN THE DOG HOUSE. ( Must be the old lady head morph to do this )

Option B: Climb the TREE. Once there, TIE THE HOSE onto the GLOWING BRANCH. RUN BACK DOWN THE TREE. The dog will HANG ITSELF on the HOSE. Use the CLIPPERS on the HOSE to retract the dog back into the doghouse.

FROM THIS POINT, the demo is basically over. You can hatch the eggs to get to the map selection, and see how far we got into the 3 remaining areas before the GAME GOT CANCELLED.

Did you play without music? Also, I know you do the multi language deal on your channel, Invasion is the only game I actually had a Spanish translation for in the settings menu ;)

:P Yes i disabled the music but i have a reason for it, when i play videogames (expecially the ones where i need to solve puzzles/think a lot like this one i'm unable to completely focus with the music on, then there are the First Person/Third Person Action/Horror games, on those games i want to hear the enemies/monsters sounds/footsteps to guess their position ;), lastly there's the copyright reason of course, i'm honest :P, yeah i do the multi language because i'm Italian but i can also speak/understand English XD :P, you made me curious and now i have to ask :D, why is Astrocreep Invasion your only game with a Spanish translation? :D P.S you are awesome.

Ha thx XD
No real design reason, the programmer I was working with on the project spoke it and offered is all. We figured it would help reach a wider audience. We even had a publisher lined up but when it came down to signing the contract my partner backed out and it ruined the whole deal, and why the game is unfinished ( but level concepts can be explored ). It's the main reason I learned to code and develop purely on my own, it was hard as hell but  I cant seem to find people dedicated enough to see the job through. It's water under the bridge now but I was super pissed at the time. The soundtracks for Invasion and both Aquacreep 2D and 3D had original music created for it that came out pretty well, and both are available to download on the gamejolt pages if anyone wants them for free

Oh! :O i'm sorry for what happened, you are very talented and Aquacreep is more like The Thing than the official PS2 game lol XD, your games are amazing and i wish you good luck for your future projects.

Yeah I remember watching a cutscene compilation of that one on PS2, great to see it made but yeah they could have upped the paranoia aspect instead of going all RE with it. 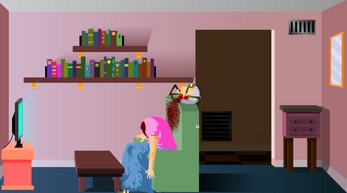 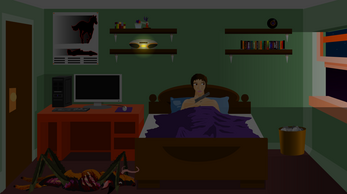 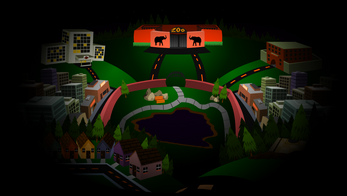 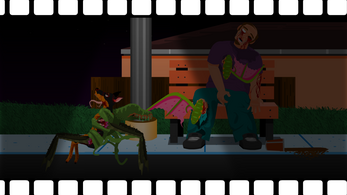 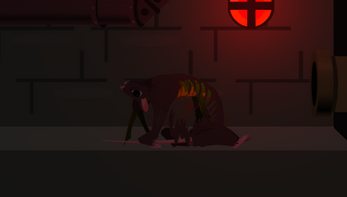